Pemberton Pedigrees, by Major-General Robert Charles Boileau Pemberton, is undoubtedly the most famous and the earliest widely known book on Pemberton Genealogy. The Pemberton Family World Wide has a complete digital copy of this wonderful book thanks to the efforts of Herbert Pemberton and his son Steve of Blackpool who carefully photographed the entire book. Thanks to the combined efforts of several volunteers, most notably Christopher Pemberton of Redditch, England, and Michael Spier of Seacrest, Washington, USA, the PFWW has re-published the book in digital form and made it available on DVD. It is also available on this website with only Chart No. 1 as an example of the 40 charts in the DVD version. The DVD is available free to dues paying members of record on December 22, 2014 (the centennial of the death of the author and compiler) and to new members who pay dues at the Family Patron level, or higher. It can also be purchased in the Pemberton Marketplace on this website without paying dues. Either option for getting a copy costs the same.

The main and important content of the book is its 40 pedigree charts. The book was divided, by the original editor, into Parts which correspond to groups of charts of closely related pedigrees, typically denoted by the geography of their families. In the 2014 edition of the book, these parts and charts are all republished in toto. Each Part has at least one page of text consisting of the authors notes about the chart(s) following and in most cases, the charts are accompanied by a page of explanatory notes. All these pages of text have been meticulously converted from images to searchable text. The new edition also includes editorial notes reflecting observations made during the re-publishing. Many of the charts inlude the arms of the family the chart represents. 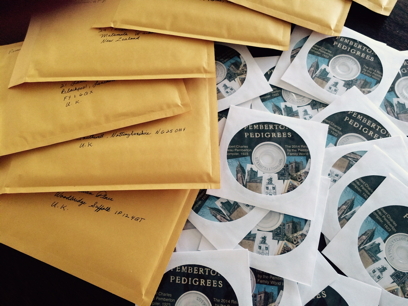 The book contains a comprehensive index to all the names on the charts indicating the chart and the number of the individual where he appears on the chart. The index is divided into two sections: those with the Pemberton surname, and the other surnames. These indices are photographic copies of the original ones.

The DVD includes the following:

The story of the 2014 edition of the book is also published.