Posted on November 17, 2011 by Jackson Pemberton

This George Pemberton, the son of George Pemberton and Sarah Middleton (both of Cheshire) emigrated to the Virginia Colony in 1710. He married Elizabeth Brooks with whom he had issue: Isaiah, George, Ann, Judith, and Sarah. He and his son Isaiah purchased land in 1750 as shown in the map below. Below the map are some pictures taken in 2011 of a small potion of these properties which consisted of approximately 500 acres each. (A square mile is 640 acres.)

Just as a matter of interest, the following chronology is offered. A full description of most of these transactions appear in Mr. Washington’s Order,  the feature article by James Lloyd, of Volume 1, Number 2 of the Pemberton Post dated November 26, 2011.

The Map Showing Properties of George and Isaiah Pemberton and George Washington and two of his brothers. 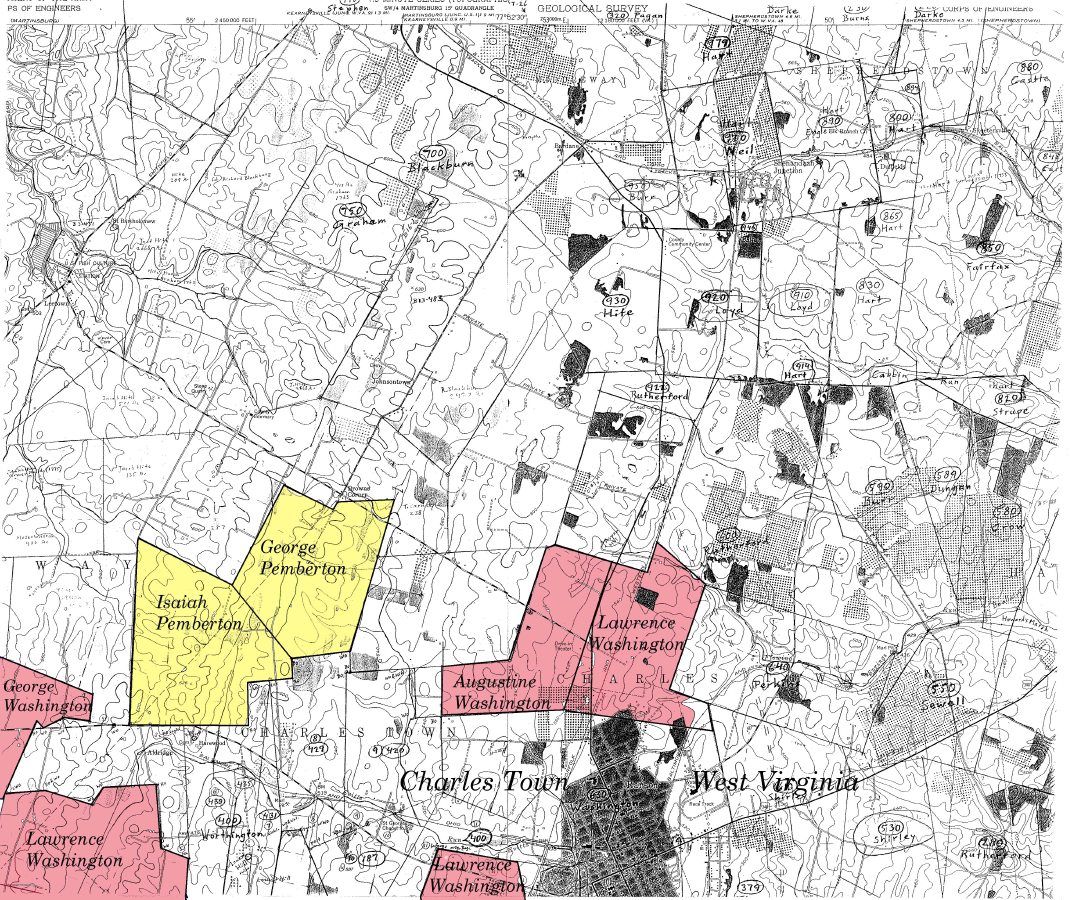 Some Photographs of the Isaiah and George Pemberton Properties

The following were taken by Richard White Watson and used here with his permission. The first is a panorama stitched together from three photos. The center view here is looking West from a point a little NW of the SE end of the common boundary between the two properties.

The following is looking South from the Northeast boundary of the George property. 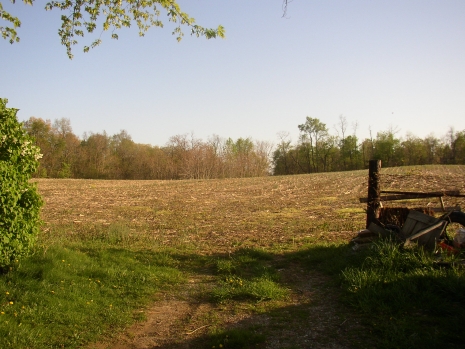 And this one is looking South from the housing development  also along the Northeast boundary of the George property.