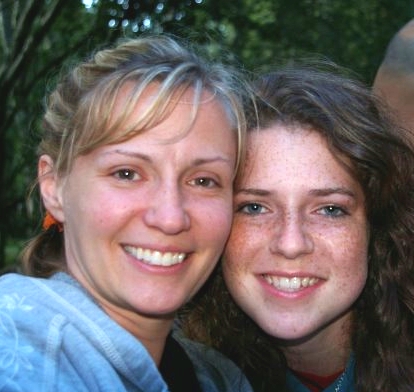 Just thinking, I am, some thoughts about youth and the challenges they face in today’s crazy world. I worry that many of them never take opportunity to just ponder the questions of life. For thousands of years the human race has lived in an environment where each person had such opportunity every day, but now those opportunities have to be scheduled. Our changing life style has almost completely robbed us of both physical and mental exercise. We now have a whole industry devoted to providing physical exercise, and we find it both necessary and rewarding. We also have an industry devoted to capturing our mentality. Music and entertainment now feed our minds and sometimes, we are force fed by these venues. The physical exercise we have thought about and decided what our use of it will be. Too often, I believe, we have let music and entertainment just impose themselves on us and our teens.

In the past, the repetitive tasks of putting bread on the table practically forced every family member to regularly have time to just think about life and hence their place in it. As a teenager, for example, I had at least 30 minutes a day (two 15 minute periods) while milking our cow, to wonder at life and whatever else might come into my mind. The numbers are telling. Thirty minutes a day during my high school years, for example, is 730 hours of time where all I heard was the muffled, rhythmic sound of streams of milk piercing the two inch thick foam on the surface of the milk. It was a very repetitive task that captured my body and thus freed my mind to just think about “things”.  I worry that today’s youth never have those moments – especially because they wear their ear buds with constant streams of often questionable “music” pouring into their minds. The drumming and rhythms of these songs are anathema to such ponderings.

I believe it would be a useful family experiment to have everyone above 10 years of age try to ponder some question and think through some issue while listening to popular music and then to discuss what happened. If our youth grow up and leave home without ever having some hours to think deeply about anything, then surely they are in danger to going adrift in the storms of life for they have neither compass nor chart nor anchor. The fundamental decisions of life like standards of integrity, morality, courteousness, tolerance, are left to what they have absorbed from their parents and peers rather than from any well reasoned decision. And that, for all its worth, still says nothing about the bigger questions of a philosophy or religion by which to guide their decisions. As the father of a large mature family which has given me over thirty grandchildren, I have found that the most fundamental questions youth need to face are the philosophical or religious questions about whether there is a God and then the implications of the questions that immediately arise from the answer to that question. I have found that people who have not pondered these questions are much more devastated by the trials and challenges of life because they have nothing to fall back on – no prior decisions that be a guide in the storm that seems to completely envelope and separate them from the reality that still exists about them. They feel lost in a ocean without shores; or in other words, in a very difficult place with no hope of finding a way out.

My wife and I, had many opportunities to camp with our youth and because of our affiliation with a church, with many other youth. We found that we could help these youngsters to grapple with the serious side of life by separating them from their music and their mobile phones and their electronic games for three days. Oh, there was much complaining and feelings of course, but the stronger their feelings, the better fodder we had for showing them how trapped they had become. It was just a standard rule of the trail and camp that all electronics had to be left at home. We often found smugglers in the group and we would just gently (well as gently as possible) confiscate them with the promise that they would be returned at the end of the trip. We found a consistent pattern that it took three days for the music to subside in their mental priority to a point where they could think for more than a few seconds about the really deep issues of life. I would have to heartily recommend that each family have some of these “quiet days” on a regular (at least annual) basis.